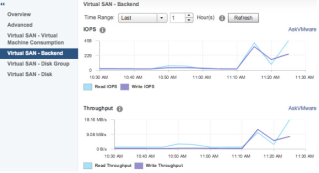 In case you have missed the VSAN 6.2 announce recently, there is also a PDF which has been released – What’s New with VMware Virtual SAN 6.2. The paper details what’s already being announced about VSAN 6.2. Note that I have also had the details written in my post here – VMware VSAN 6.2 Announced – Nearline dedupe, Erasure Coding, QoS ++ .

This site uses Akismet to reduce spam. Learn how your comment data is processed.